A newborn should ideally live exclusively on breast milk for the first six months. Breast milk provides optimal nutrition for the baby, is readily available, and can be digested easily. However, some mothers prefer to use formulas instead. Unless there is a medical reason behind it, not breastfeeding means foregoing the benefits that come with breastfeeding. Some of the benefits, which apply to both the mother and the baby, are highlighted below. Breast milk has a variety of antibodies, which will increase the immunity of your baby and allow him or her to fight off bacteria and viruses much more effectively. The antibodies are more in colostrum, which is the milk produced within the first few days after giving birth. When you are exposed to bacteria or virus, your body produces antibodies. Your baby benefits from antibodies passed on through breast milk. The high amount of immunoglobulin A in colostrum also helps to keep illnesses at bay by forming a protective layer in the digestive system, throat, and nose, of the baby.

Breastfeeding Promotes a Healthy Weight for the Baby

Breast milk also facilitates healthy weight gain. The chances of a baby that relies on breast milk becoming obese are much lower than in those who use formulas. The duration you will breastfeed your child may also influence the chances of him or her becoming overweight in the future. It is directly proportional such that the longer you breastfeed, the lower the chances of future obesity for the baby. This can be explained scientifically by the fact that breastfed babies have more beneficial gut bacteria development, which can affect the storage of fat. The leptin hormone in breast milk also helps to regulate appetite. According to some studies, the development of the brain is a little bit different for breastfed babies compared to formula-fed babies. Some of the causes for these differences include physical intimacy and eye contact that are associated with breastfeeding. Breastfed babies are less likely to develop learning and behavioural problems as they get older. Their intelligence scores are also higher. The benefits of breastfeeding are more pronounced for preterm babies, as their risk of developmental issues is a bit higher.

The uterus usually grows immensely during pregnancy to accommodate the growing baby. A process known as involution begins to take place after delivery. Involution reduces the uterus back to its normal size. It is driven by a hormone called oxytocin. The levels of oxytocin increase significantly during breastfeeding, which reduces bleeding and enhances contraction of the uterus such that it regains normal size within a shorter time. Mothers can develop a type of depression known as postpartum depression soon after delivery. The chances of developing postpartum depression are less for women who breastfeed their babies compared to those who do not. This can be attributed to the hormonal changes that are linked to maternal bonding and caregiving. Breastfeeding also helps to reduce anxiety, especially for first-time mothers. The bottom line is that breastfeeding can help improve your mental health.

It is clear that breastfeeding is essential in the lives of both parents and kids. Breastfeeding mothers, thus, should take it upon themselves to ensure that they breastfeed their kids to meet as per essential nutritional requirements. 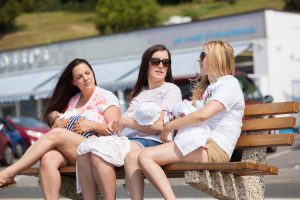 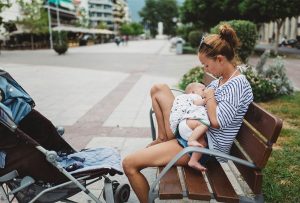 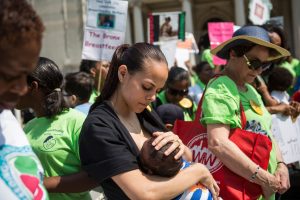 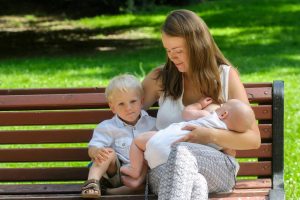